Tag Archives: “Come and Take It”

The Complete Package and I have been enjoying scenic drives to small towns throughout Texas. This is the fourth in a series of photos documenting our lazy day adventures and highlighting these small town Texas treasures.

No single statement sums up Gonzales, Texas more than “Come and take it!” Why? Because that single defiant phrased uttered about a tiny but powerful cannon is believed to have launched the Texas Revolution in 1835. Rarely has such a small piece of hardware launched such a contentious battle. 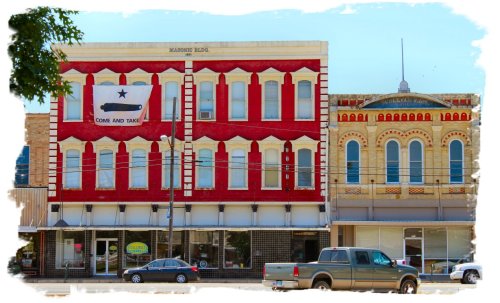 In a nutshell, it was borrowed from the Mexican military by the citizens of Gonzales for protection from native Indians. When the Mexican commander asked for it to be returned a few years later, the citizens of Gonzales declined his invitation. In fact, their response was “Come and take it” which, judging by the ensuing battle, was not well received. To learn more about this tiny cannon and its impact on Texas history, you can click here. As if to prove that Texans are tenacious by nature, the cannon still resides to this day in the Old Jail Museum. There you’ll also find the Gonzales Visitor Center. 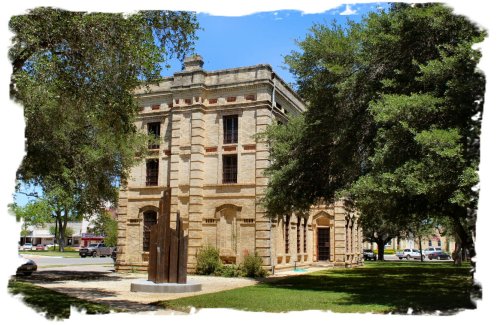 But there’s more to Gonzales than one cannon. A town rich in history, this little gem is what leisurely drives to small towns are all about. Besides friendly people and a laid back atmosphere, Gonzales is beautiful. Just take a look at their Grand Dame of buildings – the historic Gonzales County Courthouse. 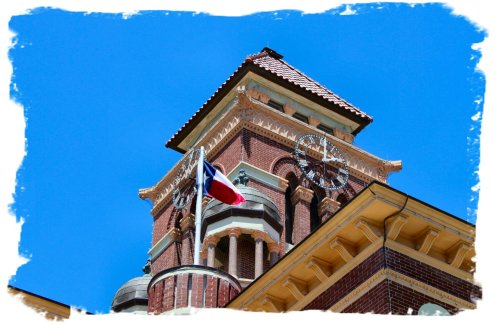 The Old Jail Museum, county courthouse and historic Gonzales fire department can all be found on the city’s main square. It’s a lovely picnic spot.

Established in 1884 when the city first authorized the purchase of 200 feet of fire hose, Gonzales takes great pride in their fire house history. The original firehouse bell hangs in the town square as a tribute to the firefighters who’ve protected the citizens of Gonzales throughout the years. 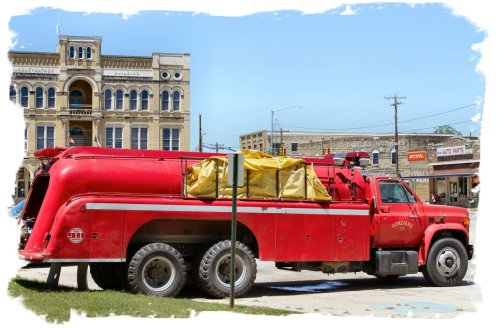 We parked next to it while we walked around downtown. When we returned, we found this cute little stowaway on our truck tire. If only he knew how much I love squirrels. I took it as a lucky sign this would be a lovely day.

Just across the from the fire station, you’ll find a lovingly restored movie theater. I just love it when a small town takes the care to restore these great old landmarks. Too many of them are gone, replaced by giant mega-theaters. It’s a shame, really. The small, quaint & historic theaters are so much more fun.

Speaking of nostalgia, who remembers these great old gas stations from the road trips of our childhoods? This one is still in remarkably great shape. Makes me want to open a donut/coffee shop in it. Cool, huh? 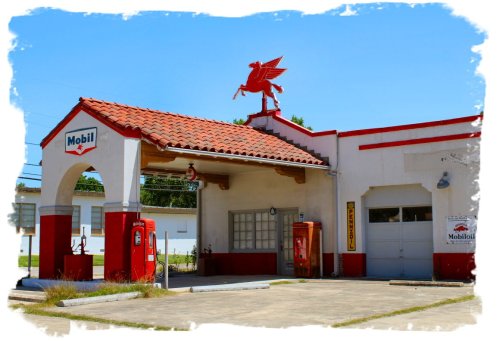 And that’s convenient, because the perfect house is for sale across the street. What do you think? Too big for just the two of us? 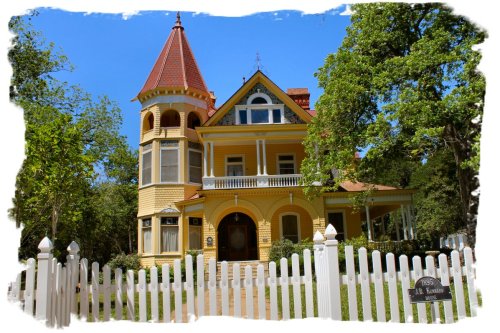 Nah… probably not. Still too big. But this one? I think this one is just right. 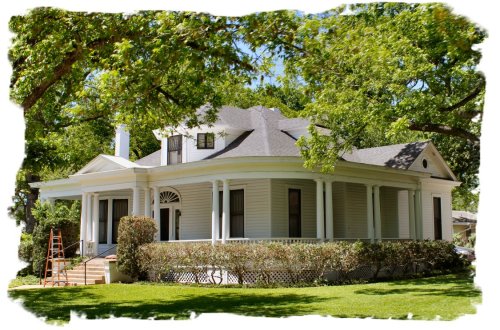 I’m such a sucker for a big wrap-around porch, and I’m in L-O-V-E with this one. It’s easy to fall in love with Gonzales. It’s charming. It’s friendly. It’s proud of its heritage and comfortable with its place in Texas history.

It’s a great place to spend a day, and a great excuse to take a day trip. And that’s my advice to you. Take advantage of the next pretty day, get in your car, and… 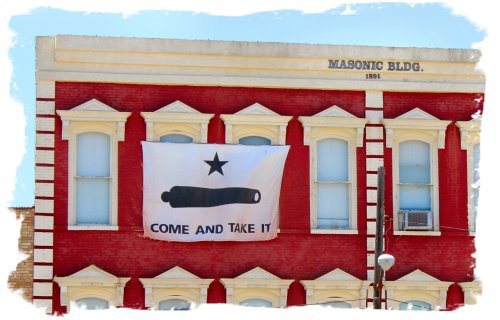 To learn more about Gonzales, Texas visit the Texas Escapes website.
To see the other small towns featured in my Postcards series, click on: