Monday. I’m not a big fan. It’s usually laundry day. Sometimes, I resent Monday because it means my weekend is officially over. So to perk things up, I thought I’d share this little ditty and start your week off by giving you something to chew on. A Monday mystery, so to speak. Ready to get your ‘creep’ on?

This mystery takes place in Galveston, a city rich in history and local lore. One such tale involves Ewing Hall at the University of Texas Medical Branch (UTMB). Legend has it the original land owner left this coveted parcel of Galveston Island real estate to his family with one important condition – that it be kept in the family and never sold. Upon his death, his children promptly sold the land. (Kids!) Years later, this building was constructed as part of the University of Texas medical center campus. 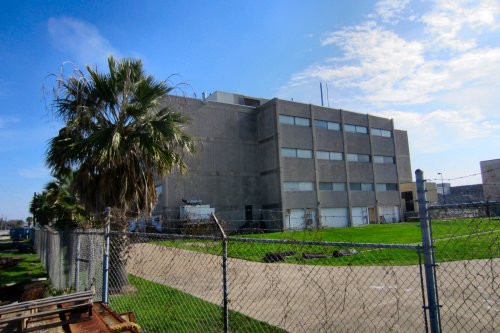 Ewing Hall at UTMB in Galveston - an unassuming facade, for sure. 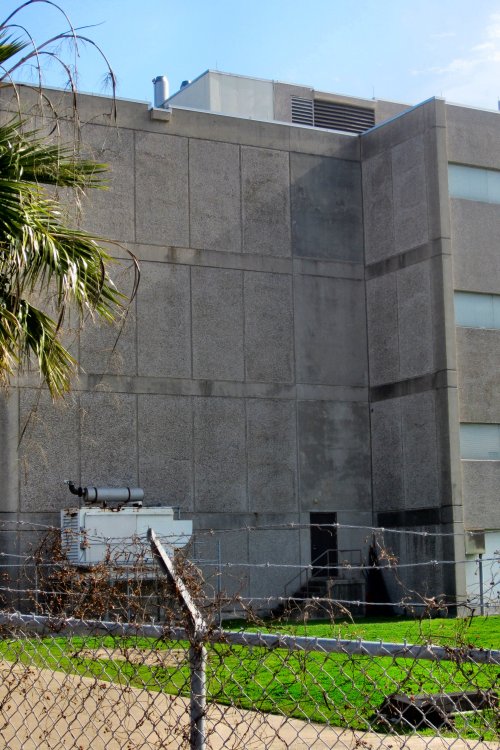 UTMB's Phantom Face - Can you see him now?

See him now? Hovering over the black door? That’s the guy. Our mystery man. Legend has it he is the original land owner. The one who requested his land never be sold. The one who supposedly was so distraught by his family’s betrayal that he appeared on the exterior of the building and has been there ever since.

But it gets spookier. See how he appears in the third panel down from the roof? Well, that’s not where he started. Originally, he appeared in the top panel two squares up from where he is now. When he appeared, it caused a stir and the building’s owners had him sandblasted off the building. And then he returned in the next square down, on the second row, where he was again sandblasted away. And now? Now he’s back on the third row, where he remains to this day. 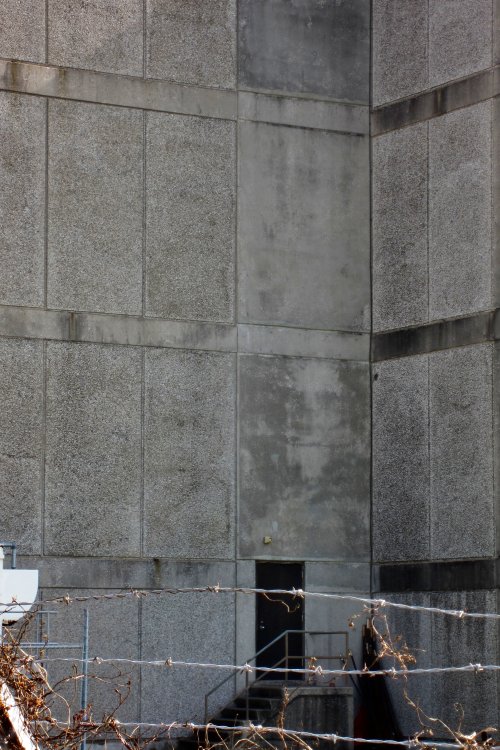 The phantom's final resting place, or so the legend goes.

If you look closely, you can see that the first and second panels appear to have been sandblasted. The pebbled sandy texture of the panels is gone when compared to the rest of the building. So could the legend be true? Could the place be haunted by a phantom as a reminder to his family that their betrayal is neither forgotten nor forgiven? Could he be faithfully guarding the land that he loved so dearly? Could this all be a bunch of hooey? Who knows.

But wait, there’s more! As if the legend of the phantom is not creepy enough, there’s more. Want to know the rumor behind why they never sandblasted him from this current spot? Because they were afraid he would move down to the door and come into the building. WHAT?!? Well, I guess that makes some kind of twisted sense, since he has moved down 2 levels already. Next stop – the black door. {chills} Man, I love a good ghost story!

So there you have it. Is it true? Who could possibly know for sure? It’s more a matter of belief. Do you believe in phantoms or legends or ghosts? Do you have a story to share about a phantom sighting? Or do you think it’s all a bunch of hysterical nonsense? As the saying goes, “Only the Phantom knows!”

Note: Special thanks to The Complete Package (my beloved husband) for providing the photos in this story. His recent motorcycle ride to Galveston to see this local legend with his own eyes provided the inspiration for this post.