I can’t explain it, but I am inexplicably drawn to lighthouses. I’m pulled toward them like a ship in the night. There is no real explanation for this. I did not grow up anywhere near a large body of water or a lighthouse. And yet, when I travel I am drawn to them like my brain has been hard-wired to seek them out. Maybe it’s the romance of being alone in the mist, calling sailors home. Maybe it’s the allure of a solitary life on the coast with a simple purpose. Maybe it’s those ornate glass lenses and the powerful light they create. Or maybe it’s just that they’re pretty and I like to stare at them. Whatever the reason, I’ve seen some beautiful lighthouses and thought I’d share a glimpse of them with you. 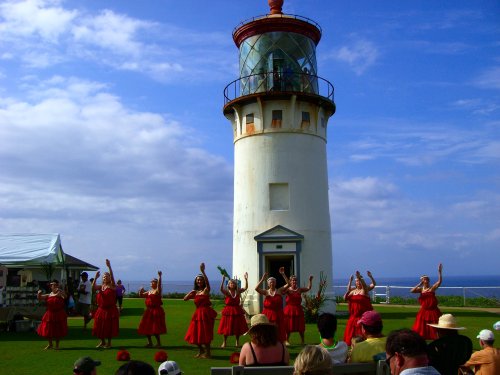 View of Oregon Coast from the Heceta Head Lightkeeper's House 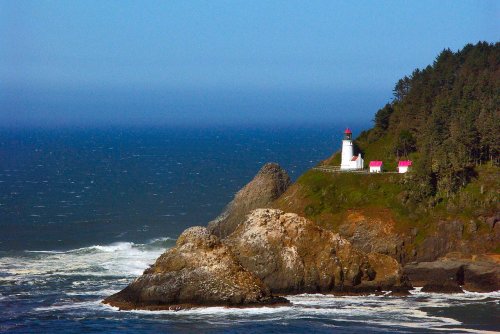 This last one is my personal favorite. We got to spend one night in the Lightkeeper’s House (a B&B) during our trip down the Oregon coast. It was fabulous. We had a room with a view of the lighthouse, which made the best nightlight ever. We walked to the lighthouse late at night with our flashlights and laid on a bench watching the light beam circle around and around, bouncing off the trees and rock cliffs as it circled toward the coast. We had the most spectacular 2 hour, 7 course breakfast the next morning – I’ve never experienced anything like it. It was a magical, wonderful place. And it just cemented my love of lighthouses. I’m smitten. Bewitched. Addicted. Entranced. And I just can’t imagine ever getting enough.